Shopping Cart
Your Cart is Empty
Quantity:
Subtotal
Taxes
Shipping
Total
There was an error with PayPalClick here to try again

Thank you for your business!You should be receiving an order confirmation from Paypal shortly.Exit Shopping Cart

Meet the live wire that is Abacus; who has flew through his assessments and is ready to get started with new adventures in his forever home! Abacus has come in to us via another rescue, sadly last year before coming to us he was hit by a car but thankfully has made a full recovery with no lasting damage.

We did manage to find a placement for Abacus with a working dog company who train dogs for border security and explosive detection, sadly he didn't pass his two week trial with them to due his lack of concentration on the job - oops! they did praise him in every other way.

Abacus is a typical happy go lucky boy, he loves everyone and everything he meets! He is definitely a candidate for some obedience classes as his exuberance sometimes takes over his manners, he would also enjoy the challenge of learning something new. We think that he would very much like to try his paw at agility, he is super fast and would fly round courses, it may just be a task of harnessing his enthusiasm and holding on to his focus - but at least it would be some good mental and physical stimulation to help wear him out!

Lead work although has improved drastically since he arrived does need further work, he does have a tendency to investigate too much with his nose forgetting your attached to the lead and jump up in excitement. We now walk him on a Gencon headcollar and with this he walks very well indeed, he still does have excited moments when he sees another dog or person but it is easily managed.

Abacus is amazing with other dogs of all shapes and size, he has made many friends throughout his stay with us including Mona a Malinois X (Who has now been rehomed), Clover a SBT X (one of the Staff's own dogs) and his current playmate Ralphy who is a medium sized crossbreed. He hasn't put a paw wrong and even showed his gentlemanly side allowing Clover to drink first before he approached the bowl! We feel that Abacus would be better suited to a home with an existing dog with similar energy levels so they can play to their hearts content and also for him to learn how to be a domesticated dog after a lengthy spell in kennels.

We have done lots of work with Abacus since coming in to us, he has an amazing 'sit', 'down' and even 'stay'! We also believed that Abacus had really never been in a home environment much before as the first time he came in the office he was like a child in a sweet shop that was already high on sugar, everything was a stimulus for him, he was on and off the sofa, pulling cushions on the floor, trying to get stuff from the side and super excited bouncing around if anyone entered. We have now done lots of work with him, he can now come in to the office in a calm manner, lie down and stay seated if someone comes in. He has come on so much and is super food orientated, often you don't even need to utter the words and he will lie down for you!

We would certainly recommend an active home for Abacus as he's always on the go and absolutely loves his walks.

No cat's and no young children. 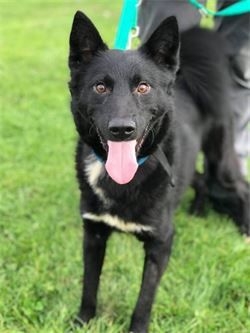 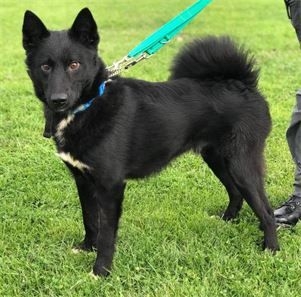 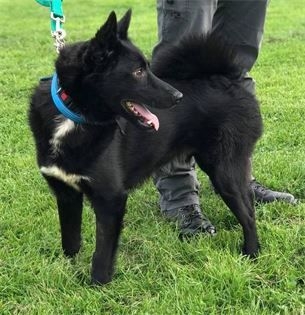 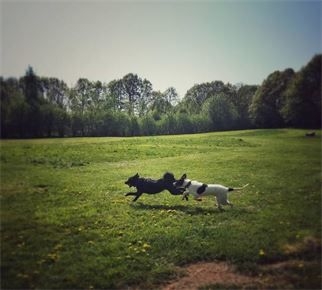 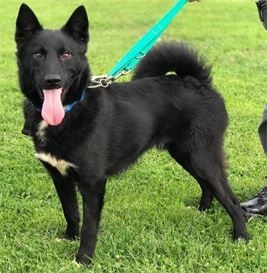 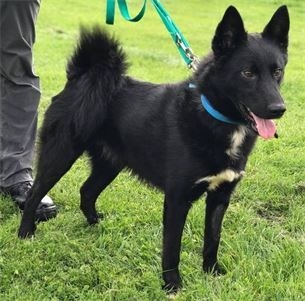 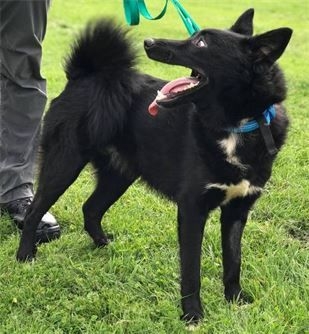 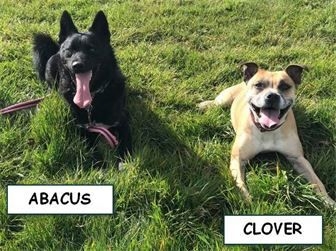